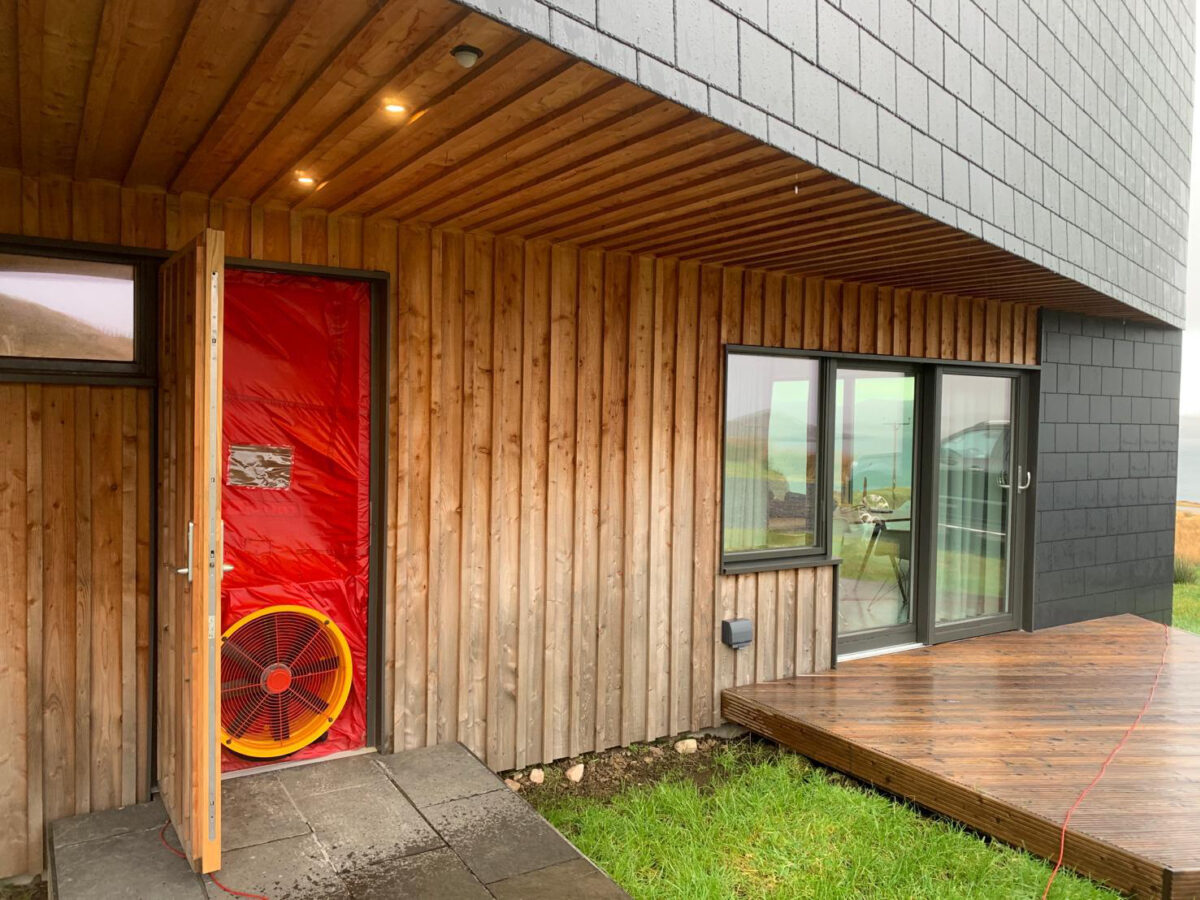 Our client had a 3 bedroom, 2 storey detached property. Constructed of timber frame, with a cold roof (non-habitable loft space where the insulation layer is laid directly over the ceiling) with an Air Permeability (AP) target of 5 m3/hr1/m2@50pa.

The building employs Intermittent Mechanical Ventilation (IEV) in all wet rooms and window background ventilators (trickle vents) in all other rooms, referred to as a System 1 Ventilation strategy.

The initial air test result was 5.75. Therefore, the property had failed to reach its designed AP target.

Support was sought from Diversity Energy to rectify the problems and undertake a further air test.

Diversity's Test Engineer carried out a diagnostic survey to identify and report to the client the areas of air infiltration (air leakage) in the envelope.

It was discovered that a significant leakage was being caused by unsealed waste and supply pipe floor penetrations under the upstairs bath and around the toilet waste penetrations into a concealed cistern bulkhead.

It was determined the likely leakage source was from the connected Soil Vent Pipe (SVP) stack exiting the roof which had not been sealed where it passed through into the cold roof space – allowing external air to enter the bathroom and upper floor void spaces.

Several other leakage paths were also identified, however the engineer was taking into account not putting the property at risk of going into an ‘overtight’ situation requiring a ventilation strategy upgrade, and advised the client to seal the SVP at the loft penetration and the waste pipe floor and bulkhead penetrations and carry out a same day re-test as this was relatively minor work and easily accomplished within half an hour or so by the clients building team.

The same day re-test following the remedial actions resulted in an AP figure of 4.93 which slightly exceeded the target but was subsequently accepted by the clients Building Control Officer (BCO) as acceptable.

Another option that could have been explored in this situation would have been to have the energy assessor carrying out the SAP calculations to re-run the calculations based on the first result of 5.75 and determine if that result would be acceptable to the property’s energy model and satisfactory to the BCO.

Contact us to find out more, discuss your requirements and receive a free no obligation quotation. 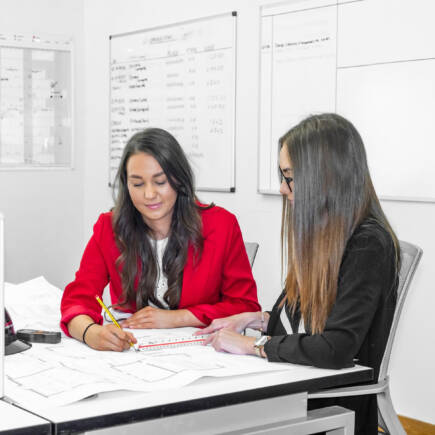